Distribution of Medicines to Leprosy Patients at Wadala, Mumbai

The Acworth Municipal Hospital is a 131 year-old hospital that treats leprosy patients. It also houses a leprosy museum that educates people about leprosy, its history, causes, and modern treatment options.  Since the disease is mildly contagious leprosy patients are kept in isolation during their treatment. 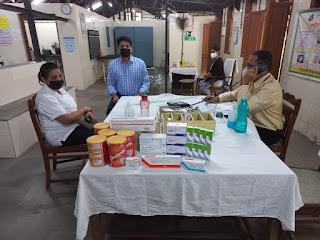 Members of Team SSM Mumbai interacted with the management of the hospital and learned that the hospital requires a supply of medicines some of which are common for all leprosy patients and are required on a regular basis. They put together a list of these essential medicines and procured them. 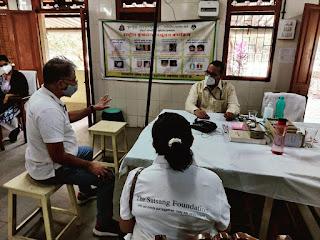 Adhering to the COVID-19 protocol, they visited the hospital and donated the medicines on the 12th of January 2022 to commemorate the birth anniversary of Swami Vivekananda and the anniversary of the commencement of the Walk of Hope, a padayatra for peace and harmony, led by Sri M from 2015 to 2016.