The Blanket Rides: Distribution of Blankets at Andheri and Mira Road, Mumbai

Team SSM Mumbai undertook the second nocturnal sortie on the 23rd of December, 2021 in Andheri and Mira Road, Thane. The team members distributed 10 blankets well past midnight with the intention of spotting those who really needed a blanket and thereby do justice to the spirit of the Satsang Seva Mission.

They spread out a blanket over a homeless man who was struggling to stave off the cold. Having driven through the Mira-Bhayandar highway without finding anyone to offer the blankets to, they arrived at the Mira Road railway station. 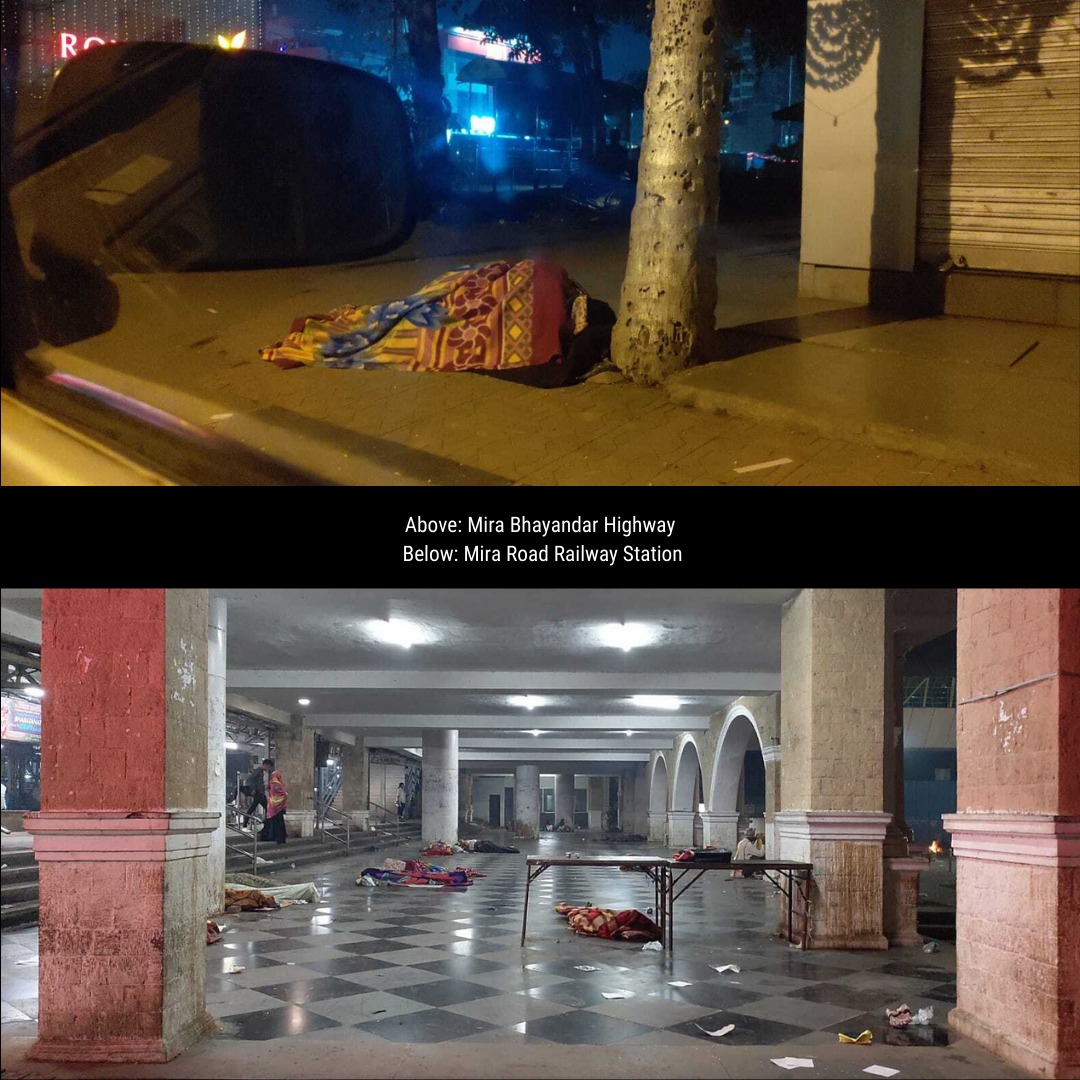 Several people were sleeping in the entrance hall and the team members managed to spread blankets over 6 of them who were all fast asleep and who snuggled into their new blankets quite instinctively.

Other recipients included a young contractual employee of the railway sanitation personnel; a couple of rag pickers; and a menacing drug addict who demanded that the last blanket be given to him ignoring the pleas of an old, destitute woman who wanted it.