The Sri Krishna Goshala is nestled in a verdant nook in the concrete jungle of the Kokapet neighbourhood in Hyderabad. However, this little haven is entirely enchanting because of its simplicity and the profound love of its workers for the 2000 cows that reside in this sacred space. 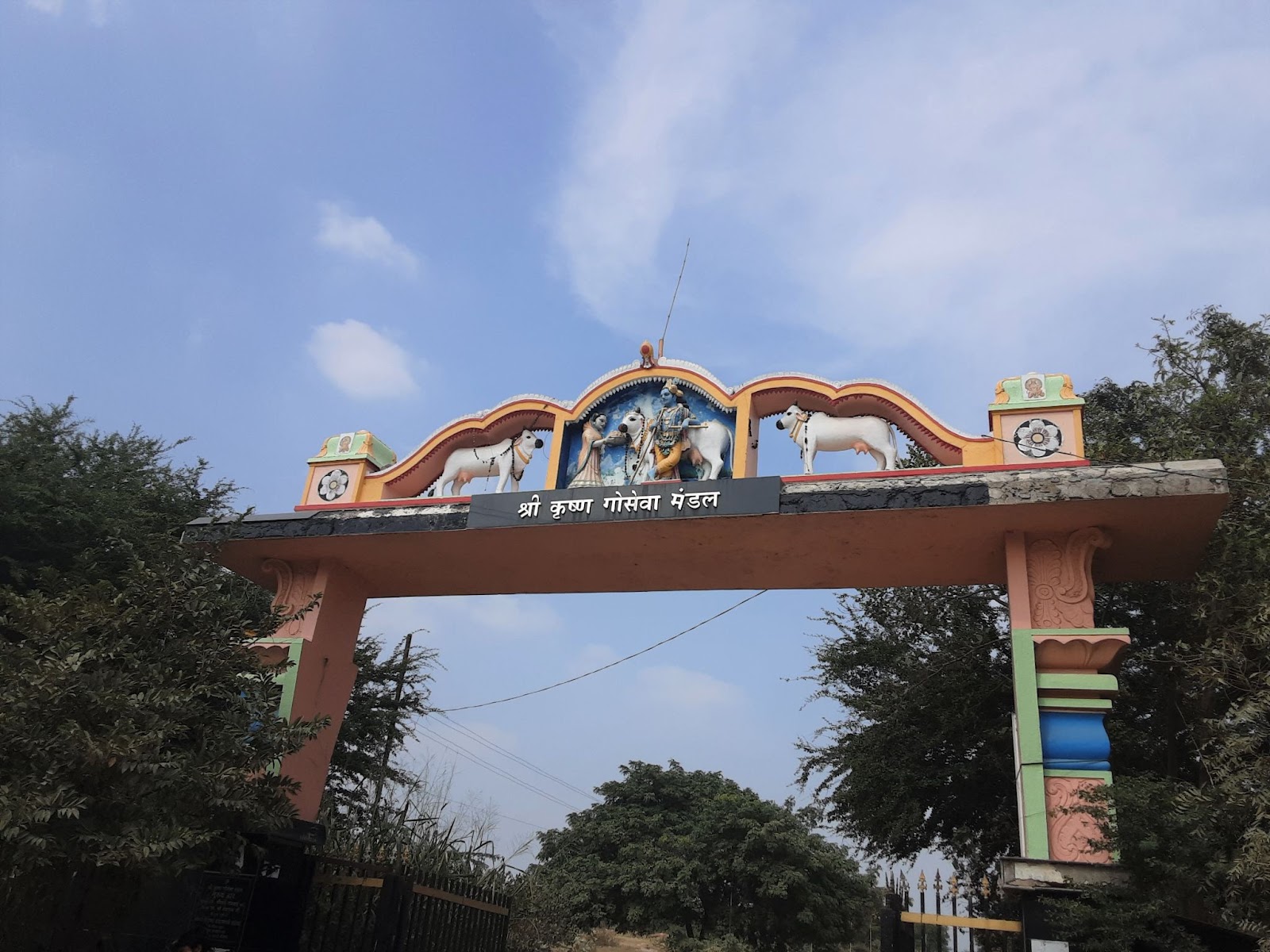 On the occasion of Sri M's birthday also celebrated as Founder's Day, the 6th of November 2021, The Satsang Seva Mission team members at Hyderabad wished to honour these dedicated workers and their families. They distributed 120 food packets that comprised a delicious meal of vegetable pulao, Shahi paneer, raita, masala vada, and sweet jalebis to the workers, their wives and children, and the priests who look after the Radha-Krishna Temple and the Hanuman Temple that flank the goshalas. 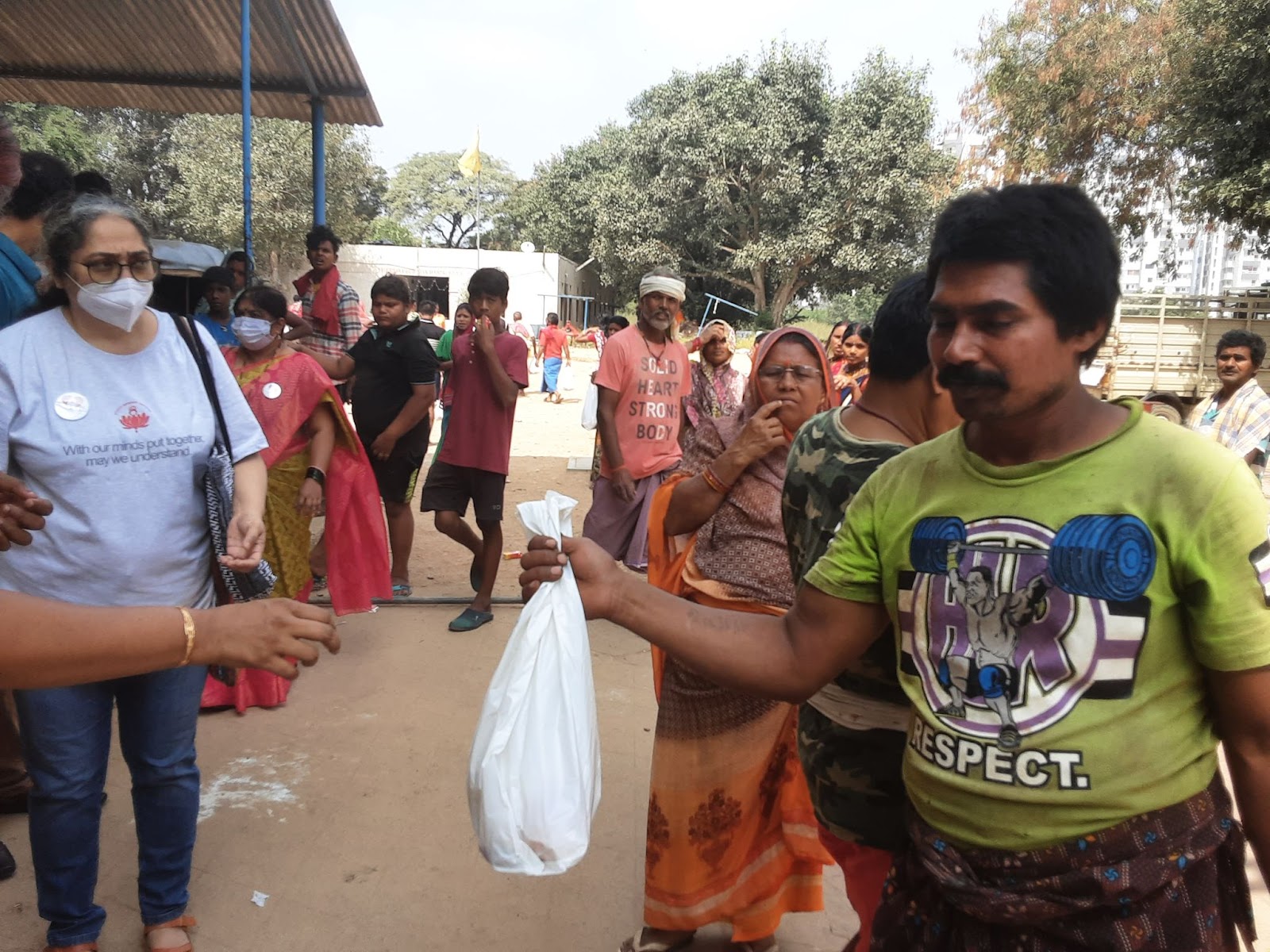 The 38 children who had assembled there looked forward to their special gifts with tremendous excitement: each received a little goody bag filled with stationery such as a notebook, a coloring book, a drawing book, a set of color pencils, a pen, pencils, an eraser, a sharpener, and a ruler. Besides, a tetrapack of mango juice and some chocolate biscuits brought a huge smile on their faces! 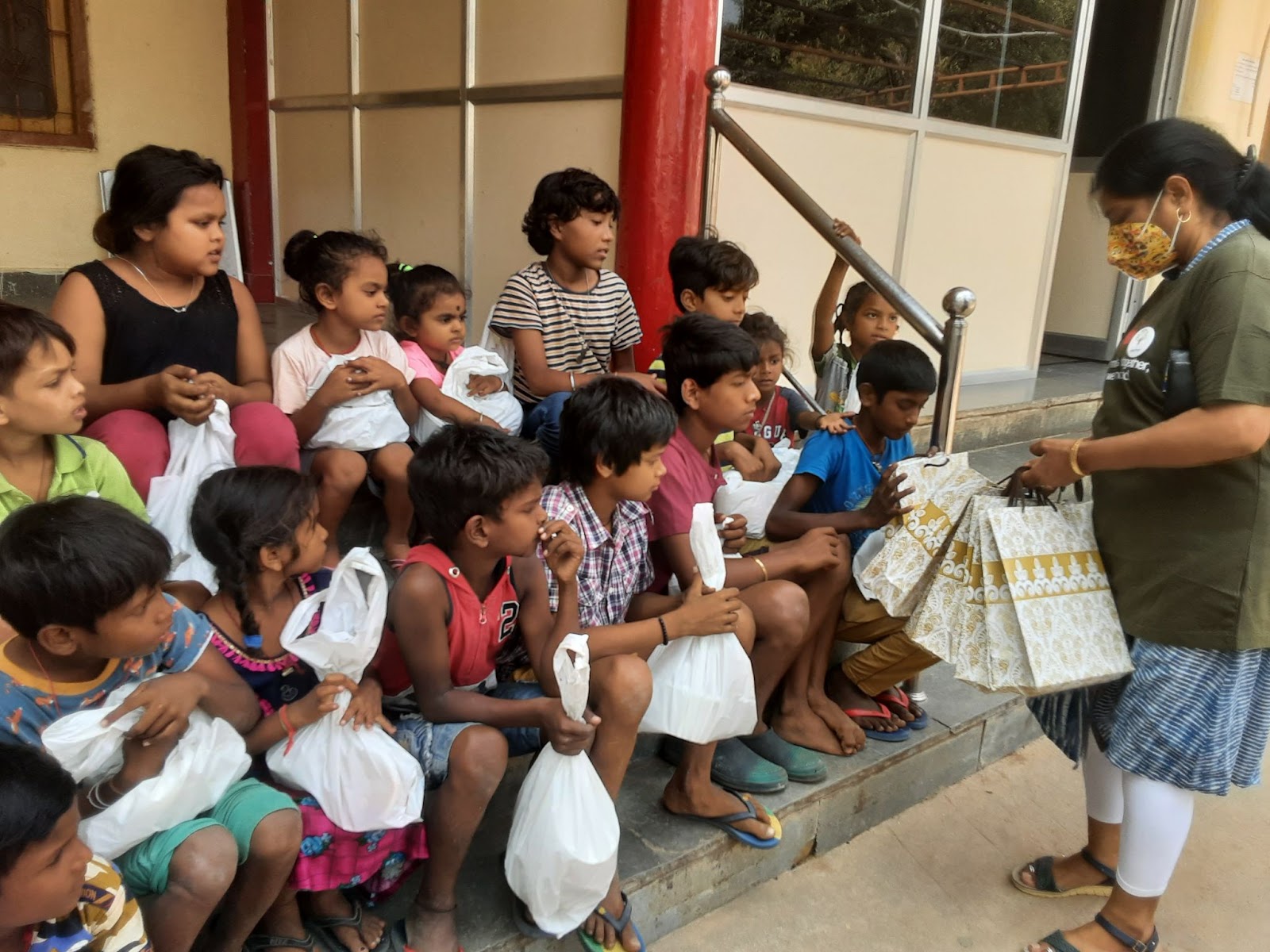 However, the cynosure of all eyes was the sports and indoor games equipment: cricket bats, badminton rackets, footballs, throwing rings, frisbees, carrom boards, and chess boards. The children and adults alike stared at them in fascination and clamoured to have a go at a team game as part of their recreation time in the evening. 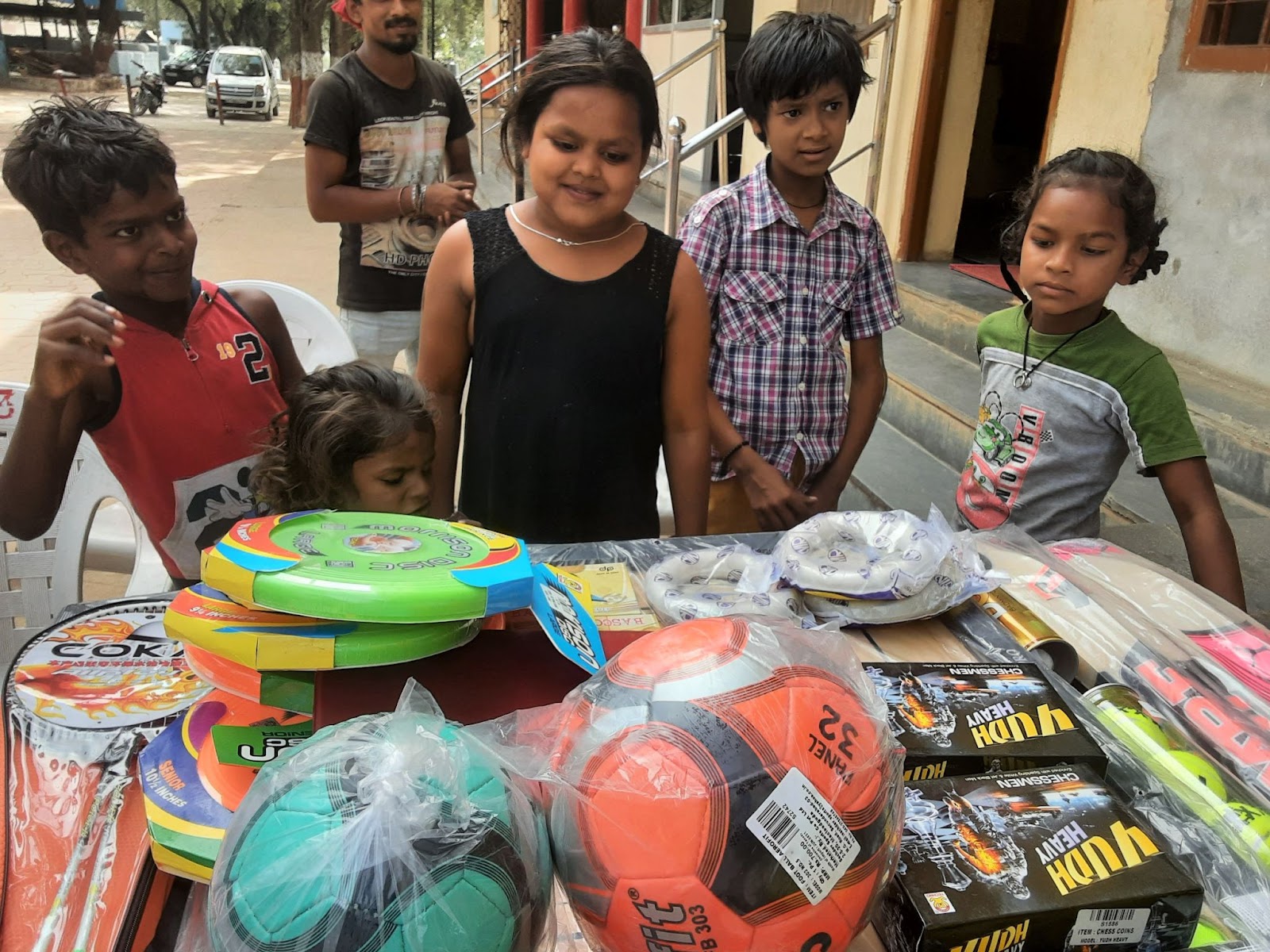 The serene and stately cows, the VIPs of this heavenly residence, welcomed the team members with their gentle mooing sounds as they gobbled up the bananas that were lovingly offered to them. 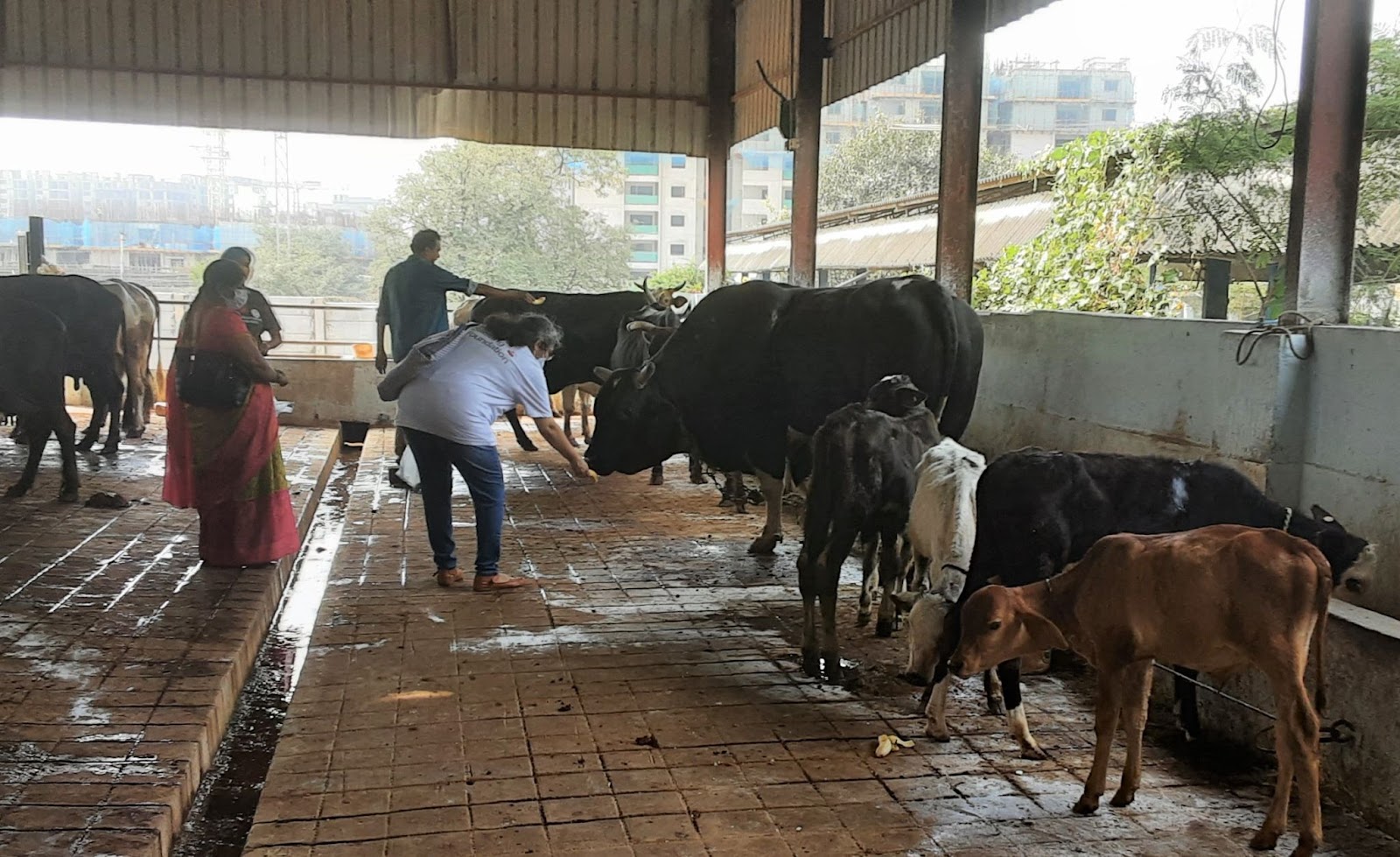 The soothing ambience of the tree-laden avenue of the goshalas, the shrines, the eternal devotion of the workers, and the innocent smiles of the children were unforgettable. 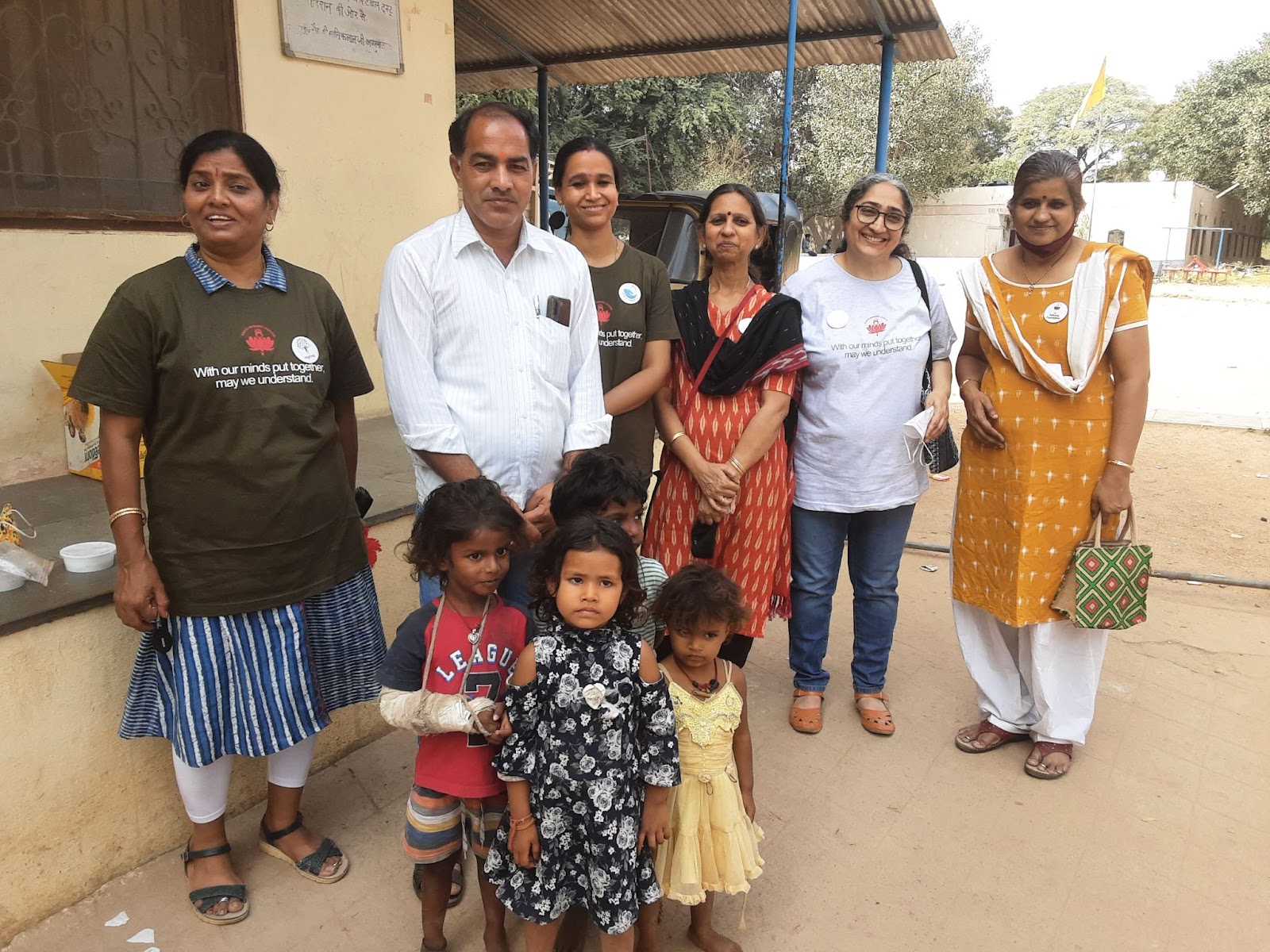 Having promised the children that they would return to teach them art and spend time with them, the team left this sunny sanctuary in a joyous mood and expressed great gratitude to Sri M for this wonderful opportunity to serve everyone with humility and grace.