August 07, 2021
Devastating flash floods in Chiplun town and its surrounding villages in Ratnagiri District of Maharashtra, created havoc among its populace who found their homes and businesses under several feet of water. While helping people clear the aftermath, a Satsangi made distress calls to Mumbai and Pune. 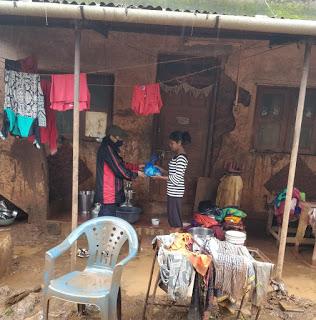 Responding to the call, our SSM volunteers were swift in their efforts to help people clean their homes, provide cooked meals, drinking water, clothing and ration.

With pharmacies and medical shops still underwater, our volunteers took the help of a local doctor to make a list of medicines that were needed immediately and sent it to SSM volunteers in Mumbai and Pune.

On 31st July, 64 cartons of medicines containing first-aid and non-prescription drugs were labelled and transported by the SSM team in Pune to Chiplun.

Teachers and parents from the Natu Pratishthan schools along with local youth helped to reach the kits to at least 4,000 people.

Doctors in medical camps conducted under the auspices of The Satsang Foundation continue to dispense antibiotics to the affected people and apprise the SSM team of the situation so that help can be extended immediately. 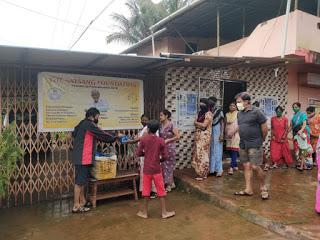