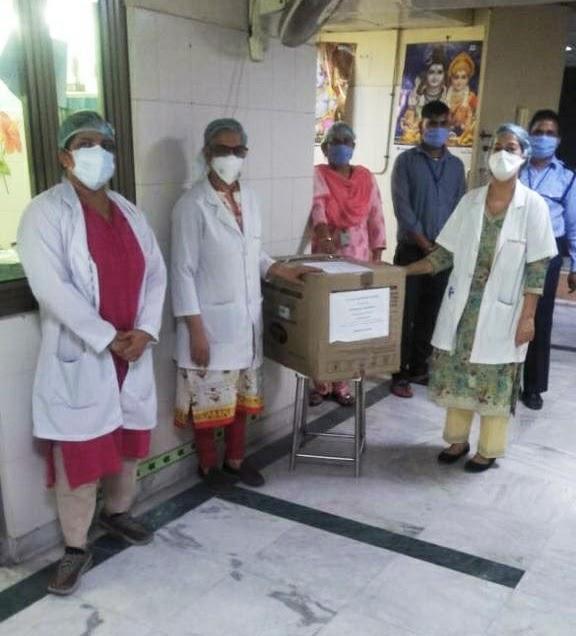 As Delhi-NCR SSM activities touched week nine and the country entered what was termed the first “Unlock” phase from June 1, the massive churning caused by the COVID 19 Pandemic continued unabated. Cases countrywide hit 247,000, of which Delhi-NCR alone accounted for 27,000. The premier national All India Institute of Medical Sciences (AIIMS) and Delhi’s only tertiary care hospital in its heavily populated Eastern district, the Guru Teg Bahadur Hospital, reached out to the team for Nitrile gloves, 3-Ply Masks and PPE Coveralls. Though difficult to procure because of the heavy demand, the team managed to provide 4,500 pairs of Nitrile gloves and an equal number of 3-Ply Masks to AIIMS and 150 Personal Protection Equipment Coveralls to the GTB Hospital on the 4th of June. 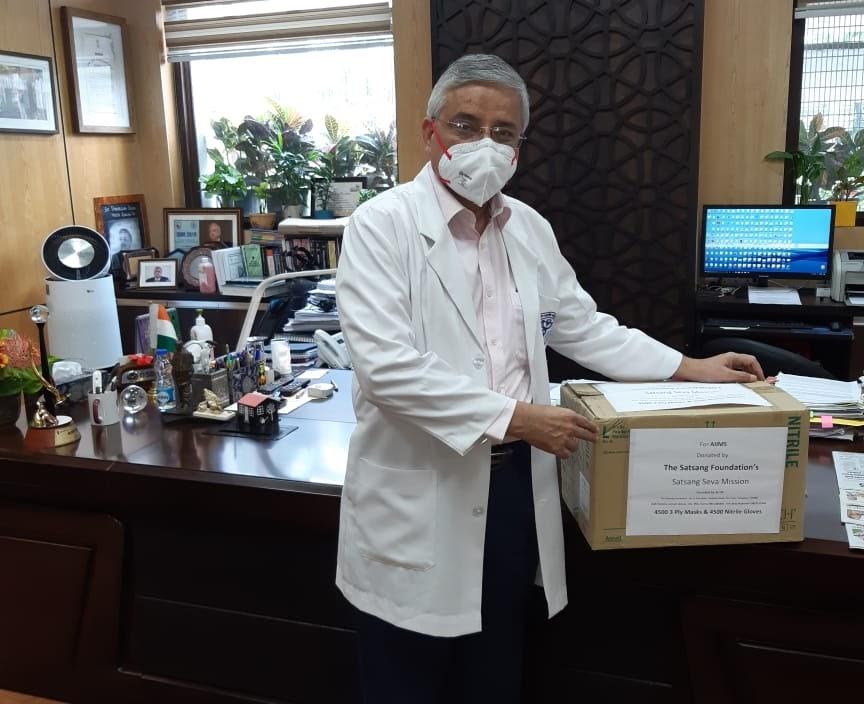 In NOIDA and Gurugram, where the team has been distributing dry ration packs for eight weeks now, the demographics of the people served appeared to show a shift. While a lot of the daily wagers and construction labour, unable to afford rent, had gone home to their villages via road, on foot or on the Shramik trains provided by the government and labour camps set up for those departing were almost emptied out, the people remaining were those working in malls, restaurants or running small businesses or else domestic help and drivers who had not been called back for work. The former section hoped to resume work the following week when the malls and restaurants were supposed to open, while the latter clung on to a hope and prayer that they would be called back. People in containment zones and those who had no links with villages were some of the others left behind. However, as the economy opened up, in NOIDA two families came back from their villages disappointed at their treatment there and feeling they were better off in the city where at least their rations were taken care of. The team distributed 350 dry ration packs in collaboration with the BG Foundation in Samaspur, Chakkarpur, Sector 71, Jharsa, Ram Chowk and Golf Course Road in Gurugram over the 3rd, 4th and 5th of June. In NOIDA, the team distributed 145 Dry Ration packs in the containment zone of Yakub Nagar and another 18 in Sector 93 on June 6th, where the two returning families were present. Distribution will continue in NOIDA from June 8th when the Police hope to have adequate numbers present to assist. 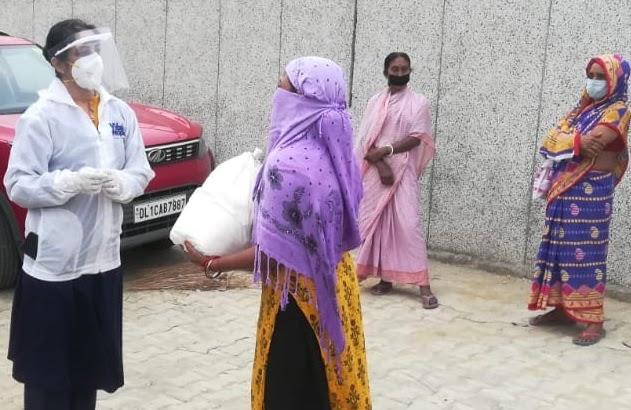 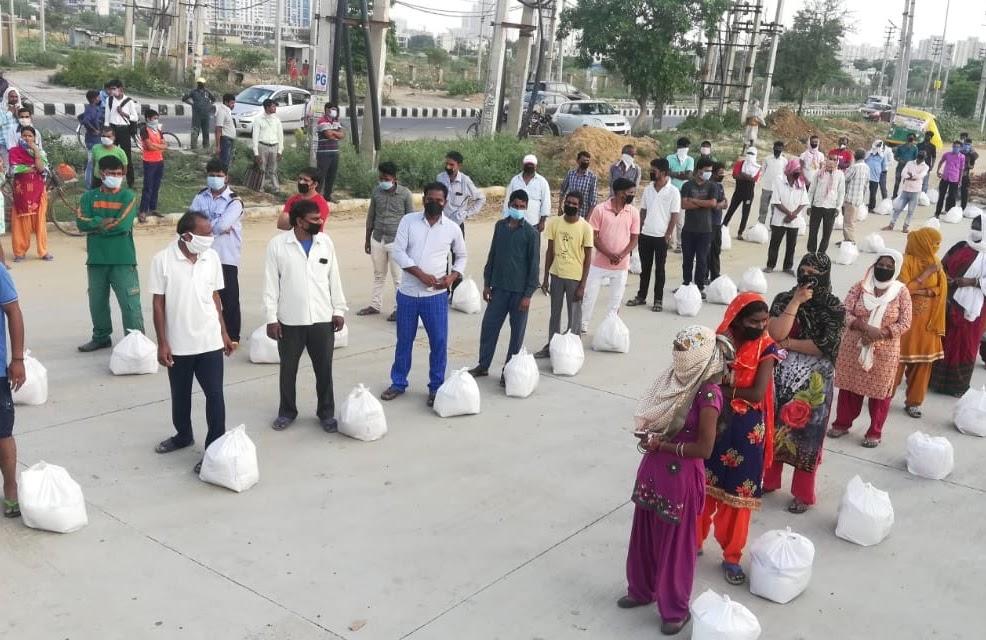 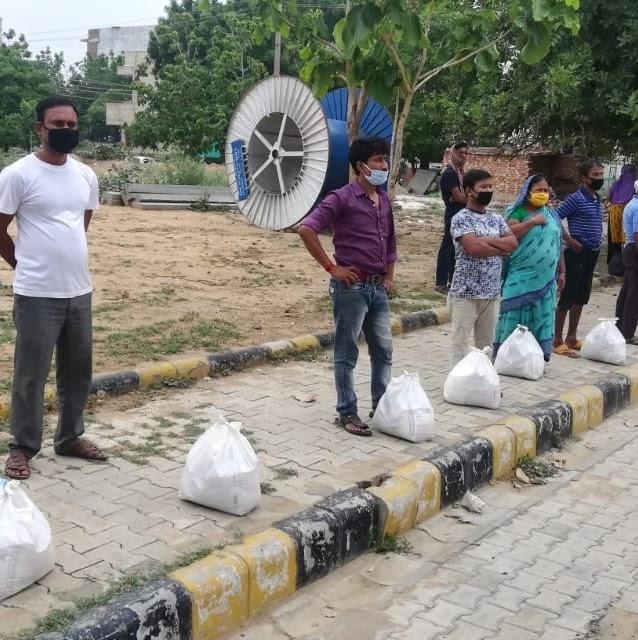 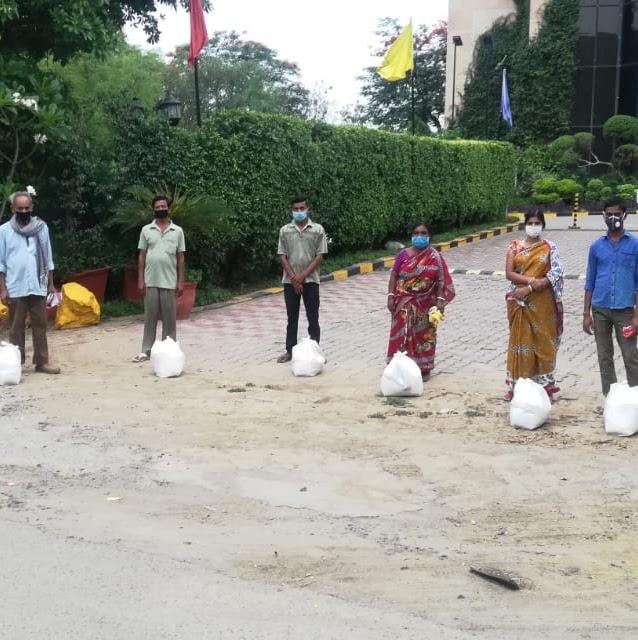 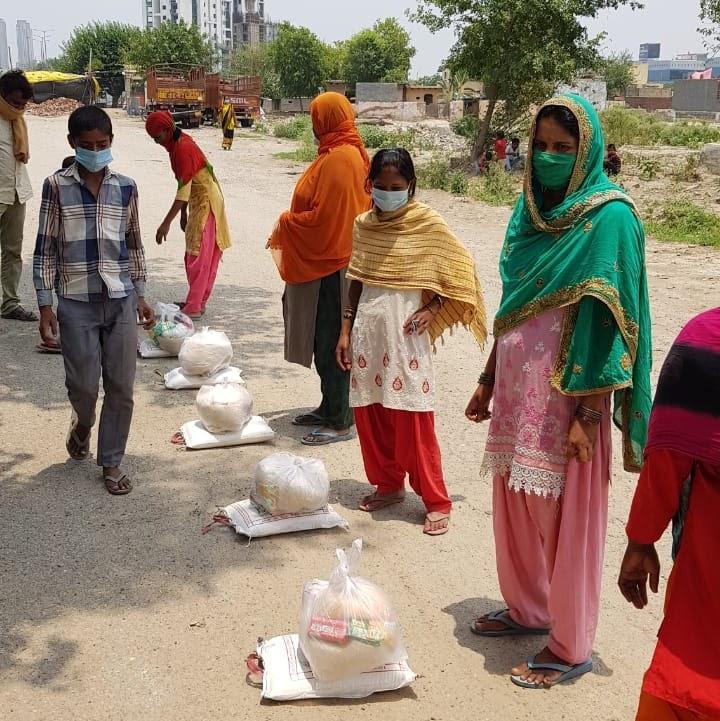 In Lathera village, where TSF Delhi-NCR runs the Chanda Satsang Vidyalaya, small shops began to open up with the easing of the lockdown, resulting in many families being able to access the cooking oil, pulses, salt, sugar, tea etc that the SSM team was providing them with. Consequently the number of families being served during the distribution on June 5th went down to 11, being mainly the most vulnerable ones who had no access to any income to purchase these goods to supplement the wheat and rice being provided via the Public Distribution System. Of the 11, tellingly, two were families of migrant workers who had returned from the cities. 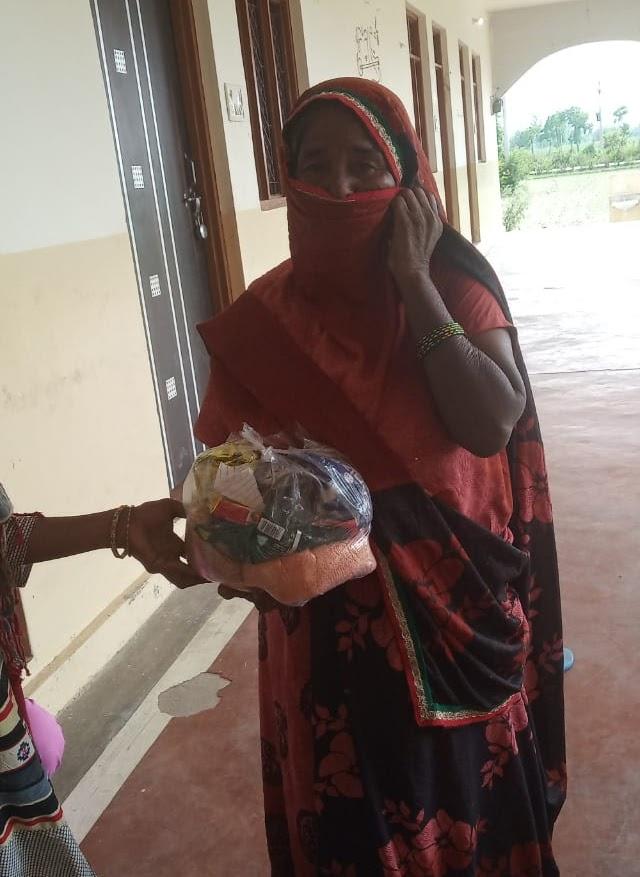 While the Delhi Government announced it was unlikely to run more Shramik trains in the near future both because the economy was opening up and also because most outbound workers had already left, the team was approached by the administration to provide travel sustenance packs for passengers bound for Purnea, Bihar on one of the last few trains on June 6th. The train was to depart the same evening. The team quickly got its act together putting in place 250 travel sustenance packs containing Poha (1/2 kg), Sattu (1/2 kg), Roasted channa (400 gms), Jaggery (250 gms), glucose biscuits (4 packets), juice (2 boxes of Frooti), and a bar of Dettol soap. The team also distributed 136 face masks.The team is working on a need basis, trying to cater to the rapidly changing scenario in whatever way it best can, while also looking at fast paced developments to see where it can best intervene. Details follow: 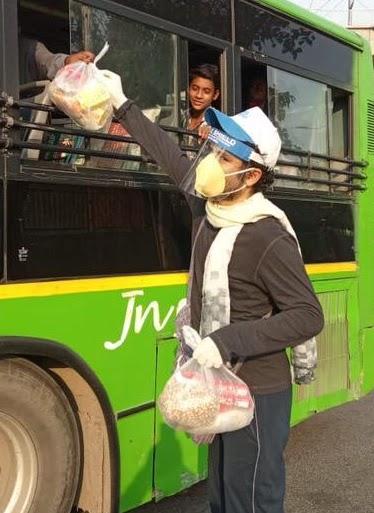 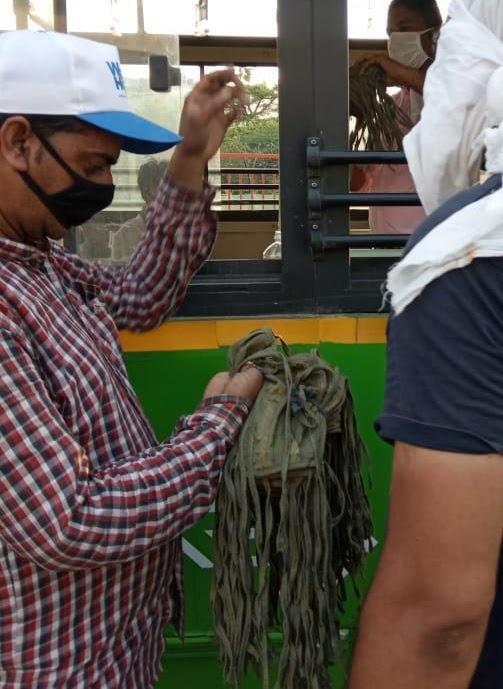 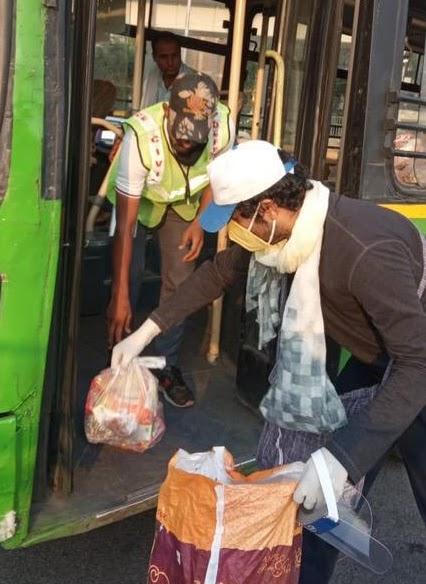 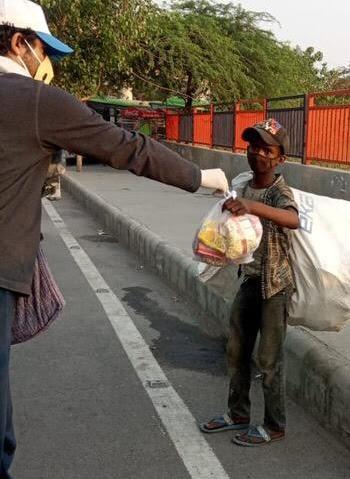