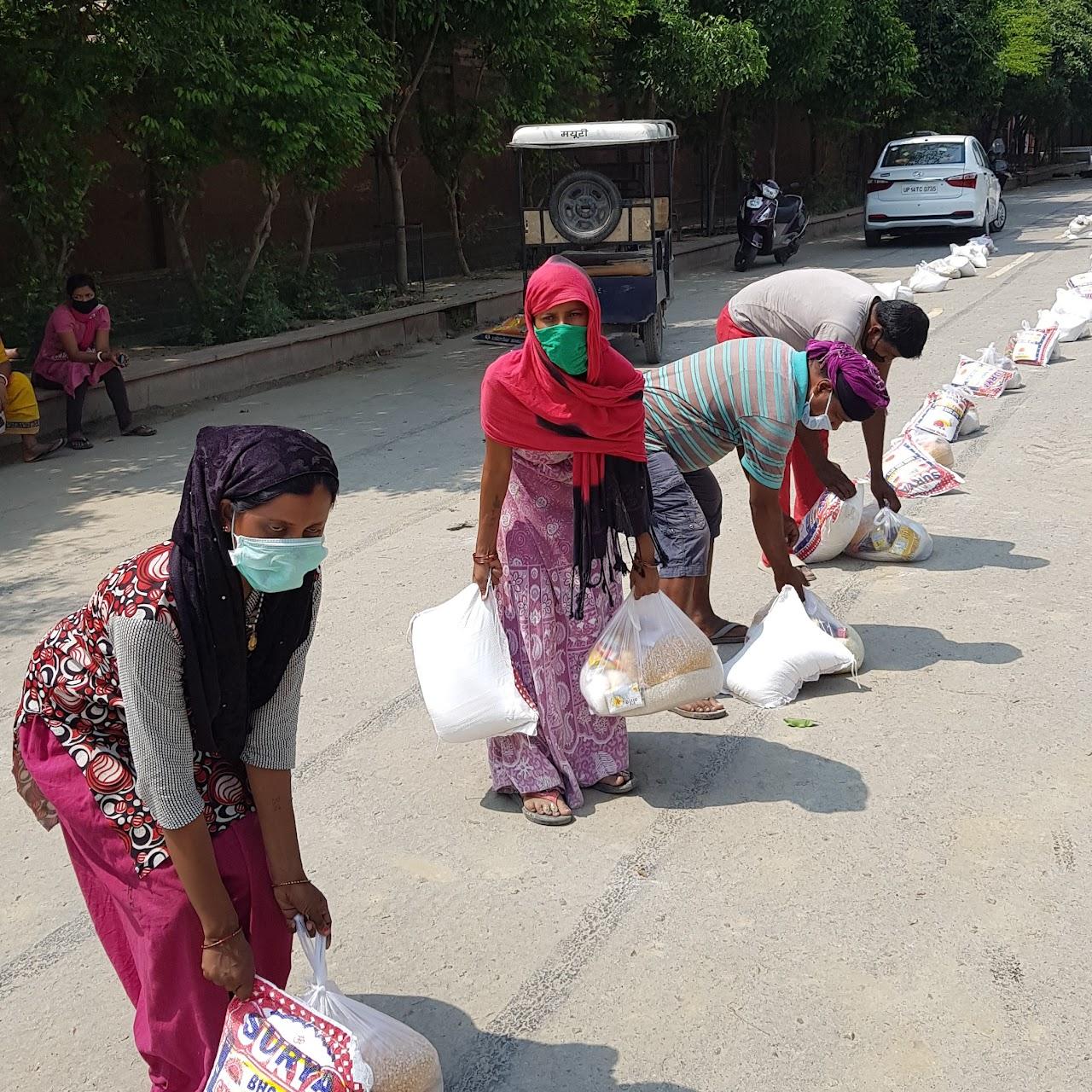 207 Dry Ration Packs for NOIDA and rebuilding of five jhuggis destroyed by a storm:

Even as the “Unlocking” phase continued under the technical lockdown, the Delhi-SSM team paused activities to reconsider where they should focus their resources, given the rapidly changing situation. Consequently, week 10 only saw the distribution of dry ration packages in NOIDA pending from last week due to the paucity of police personnel.

The team distributed 170 dry ration packages in three different locations in Sectors 92, 93 and 93b on the 8th of June. This time people served included those from pucca homes, who have children in schools and have so far been living off their savings, but now have no money left to feed their families. They belong to the lower middle income group that has been forced out into the streets seeking sustenance. Many among them were household help and are not being allowed into apartment complexes by some Resident Welfare Associations. Some among them have been restricted to work in single homes only with salary cuts. 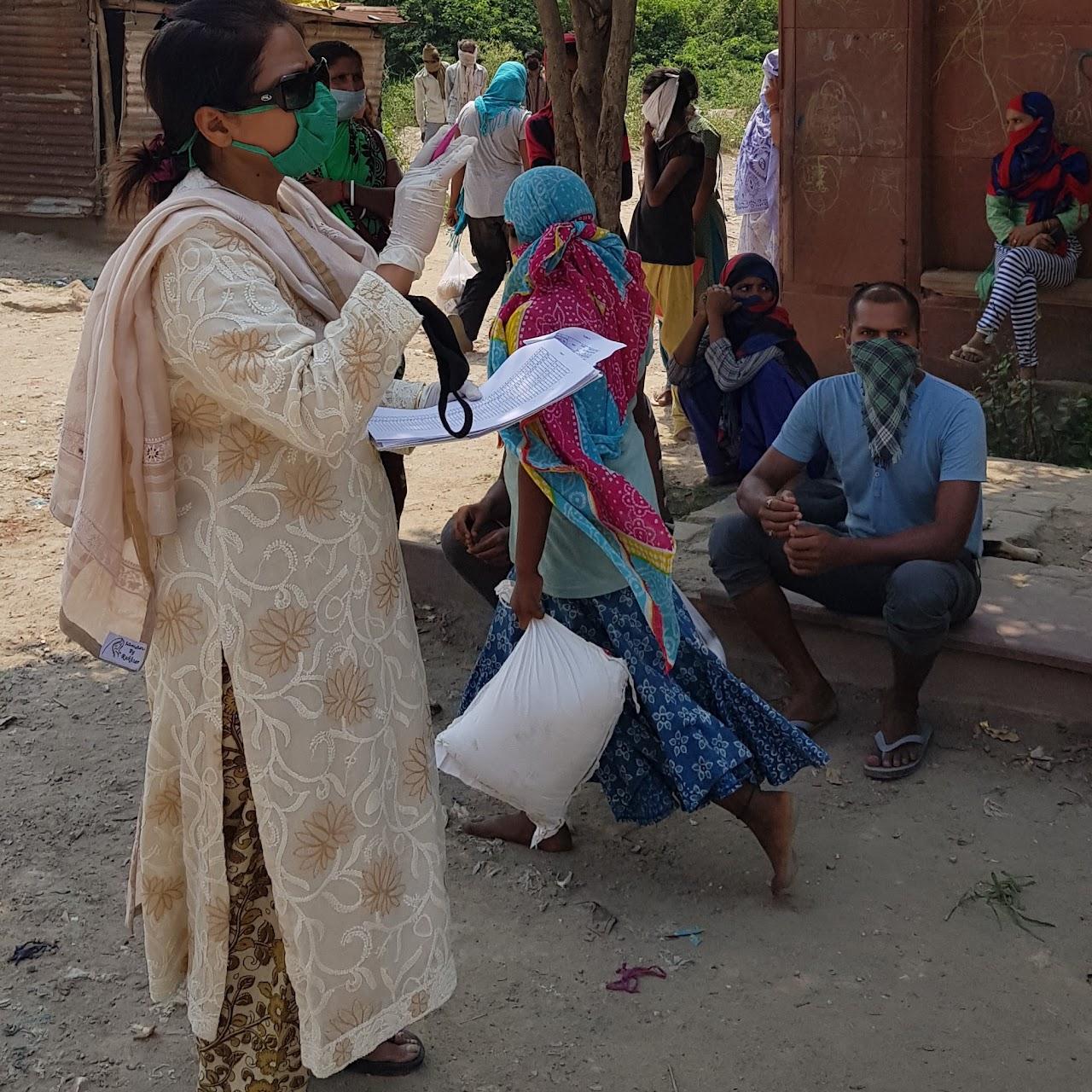 While distributing packets to the ones verified by police and the administration, a woman came up to the team asking if she could also have a dry ration pack and on being refused, started weeping and walking away. She was stopped and given a packet. Twelve dry ration packs were distributed to differently abled street vendors with hand rickshaws in Sector 48 on the 9th of June. Street vendors, specially in and around containment zones, are not being allowed to ply their trade since the administration is wary of the spreading of the virus. The team in fact discovered a group of such vendors who used to ply their trade outside the crematorium in Sector 94, selling tea and food to people coming there for doing the last rites of their departed relatives. Bodies of people who had died of Covid 19, were being transported wrapped fully in plastic sheets, sometimes with no one to do the final rites. Nearly 18 such families were asked not to ply their trade there anymore and were in dire straits. One such handcart had to be confiscated by the police to stop them from operating in what could be a prospective hot spot.

Police was also handed over 25 dry ration packages for distribution in the containment zones of Sector 135 and 136 on the 9th of June. So far our NOIDA SSM Sewaks have been able to serve 10,340 people through dry ration packs and their understanding is that though the demographics of those served is changing with the departure of migrant workers, some are trickling back and the erstwhile lower middle income groups are now the ones in need of sustenance.

On the 10th of June a huge storm hit NOIDA, uprooting trees and billboards and blowing away the flimsy tarpaulin coverings of some jhuggis in Sector 93 of NOIDA. A Satsangi and his friends sponsored the repair of five such jhuggis with fresh rolls of tarpaulin, providing shelter to the families from the merciless summer sun and the impending monsoon rains. The team helped effect the repairs on June 12th. 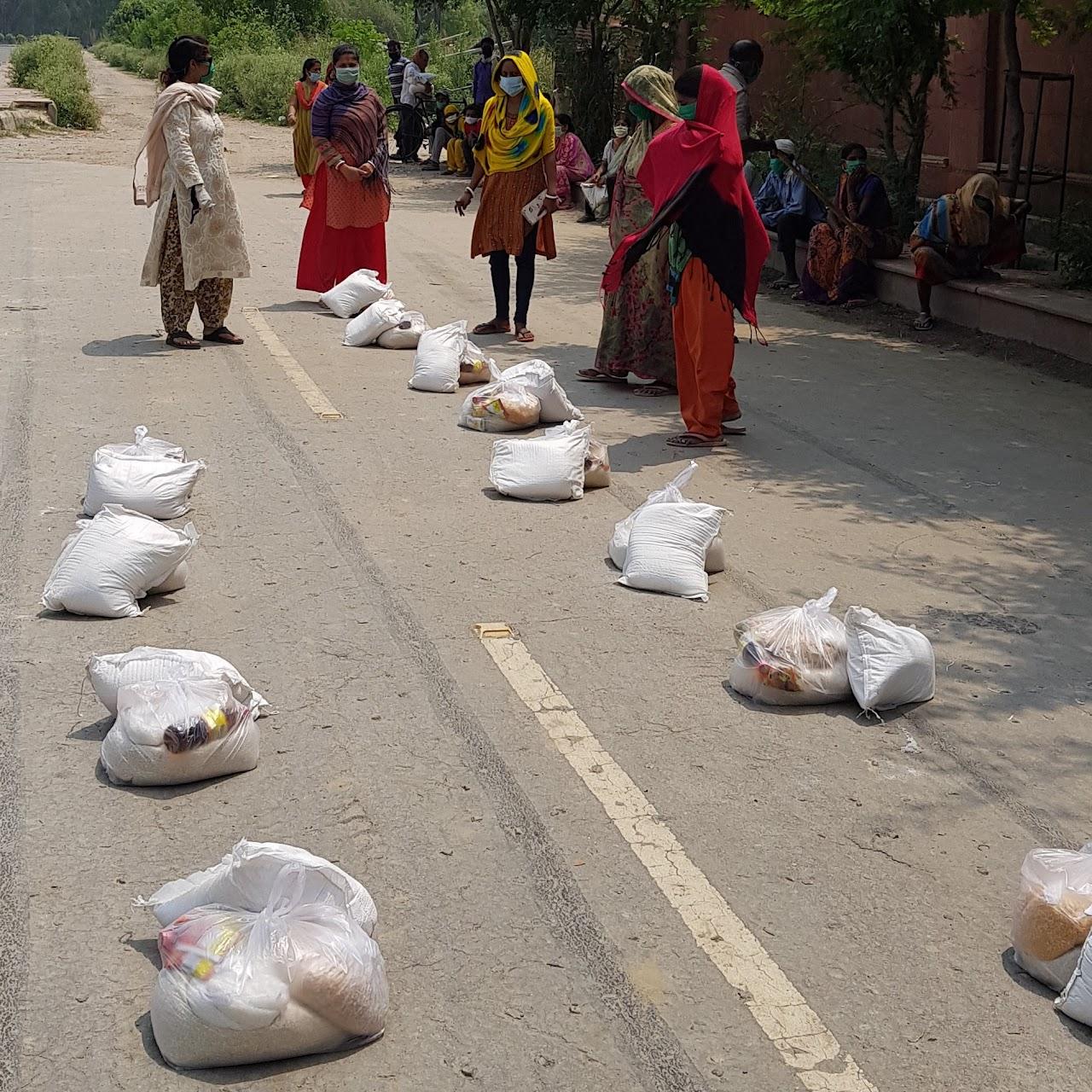